Sometimes you can’t determine who the boss is at your home — you or your cat? If you share your life with cats, you’ll quickly find out that you are being dominated by them. They don’t listen to our commands and even can make us do whatever they want. They destroy everything in the house, steal the food, and bring chaos into our lives. However, no matter how bad our furry friends are, they not only make us happier and healthier but also give us unconditional love and great companionship.

Here are the photos of some cute cats whose owners don’t even know what to do with them at the moment. Spoiled friends suppose they’re in charge of us, our lives, and the true kings of the world. 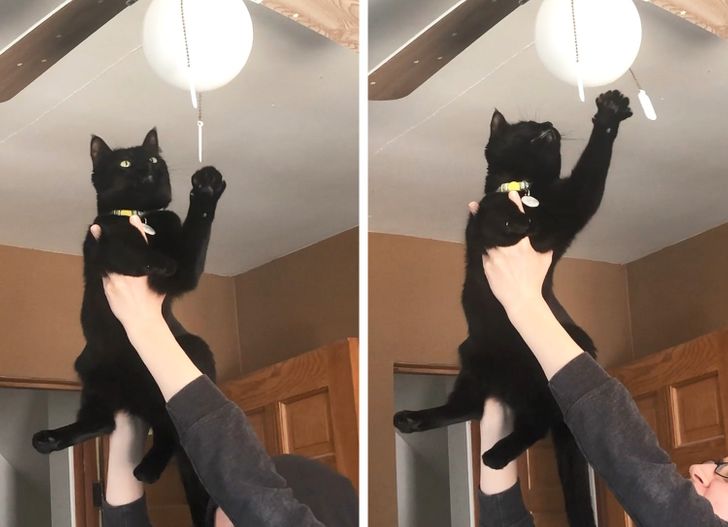 © Quatrinn / Reddit
#2 “I stopped petting her and this is what I got.” 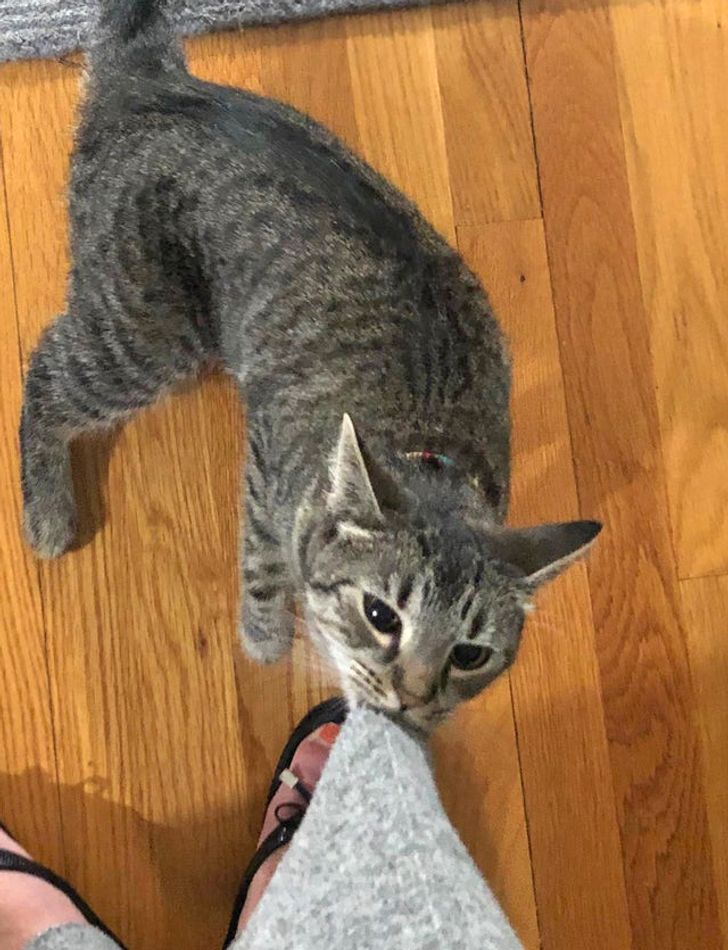 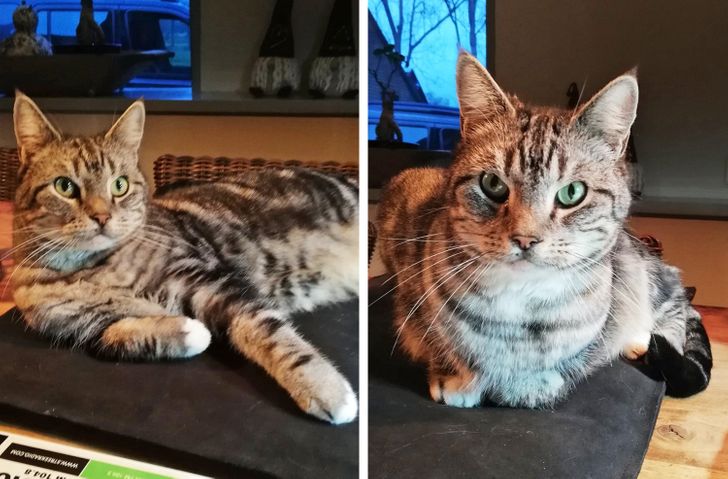 © bonojour / Twitter
#4 “DIY’ed a tower for my cats from Amazon boxes. I think they enjoy it!” 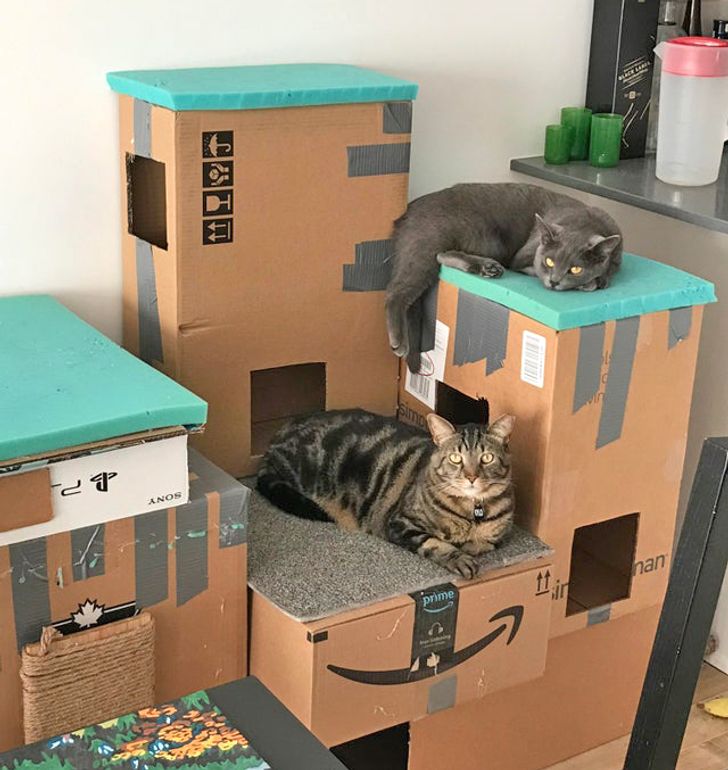 © ipoopette / Reddit
#5 “Spoiled cat doesn’t leave me alone until I put on her show. She really loves bird and fish shows on YouTube.” 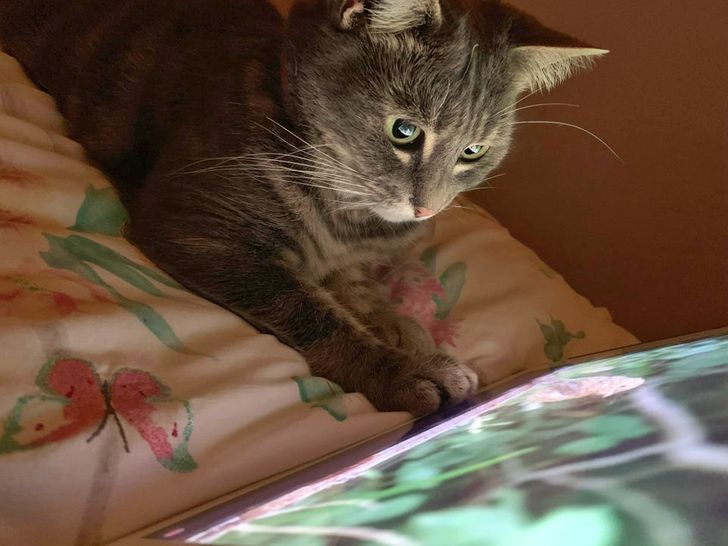 © samplifier / Reddit
#6 “Have you ever seen a more spoiled cat? We just moved into our new place and he has more toys than we have furniture.” 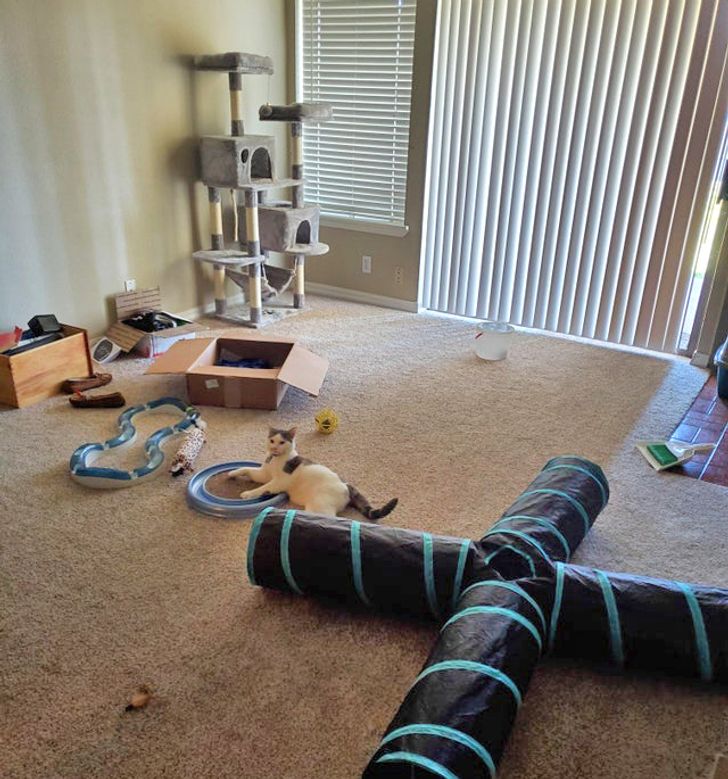 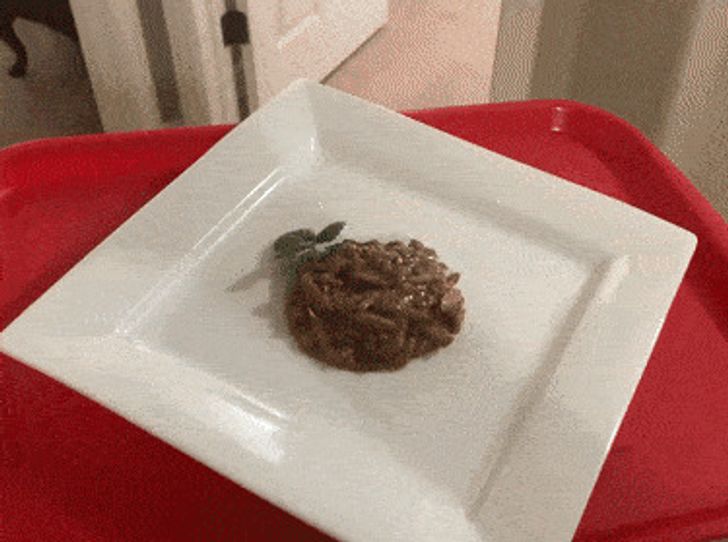 © catshealmysoul / Reddit
#8 “Wife says the cat is spoiled. I have no idea what she’s talking about.” 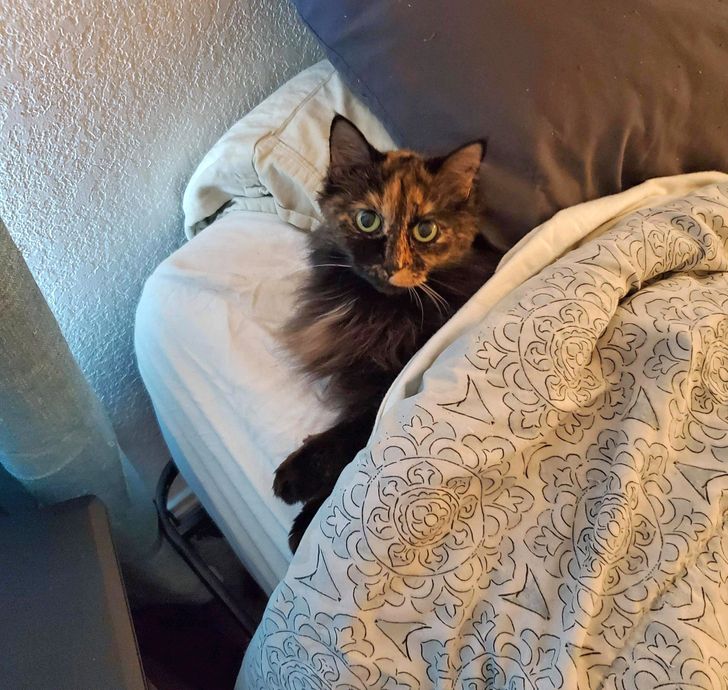 © unknown author / Imgur
#9 “It’s my birthday, but my gift was for my cats. Spoiled creatures.” 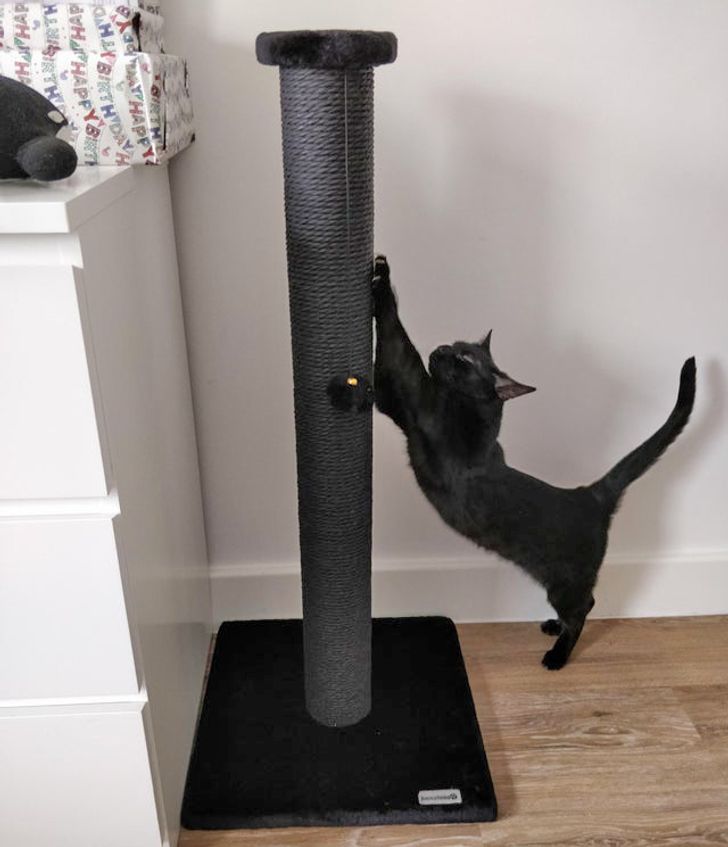 © victoriavague / Reddit
#10 “She likes to watch the garbage men, but can’t see out by herself.” 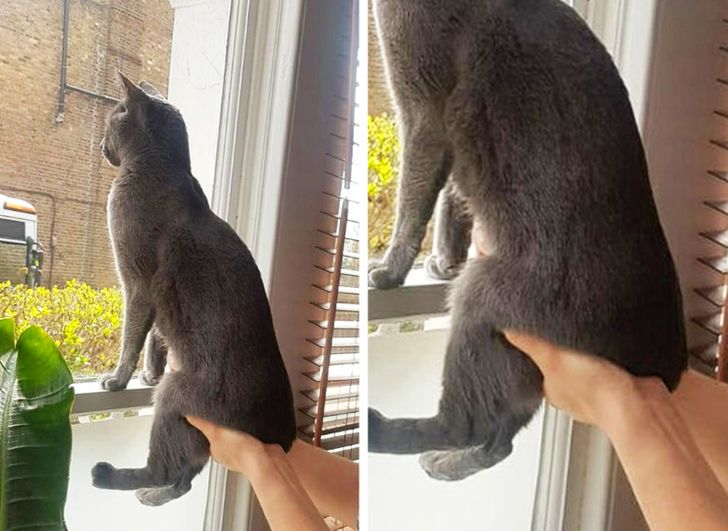 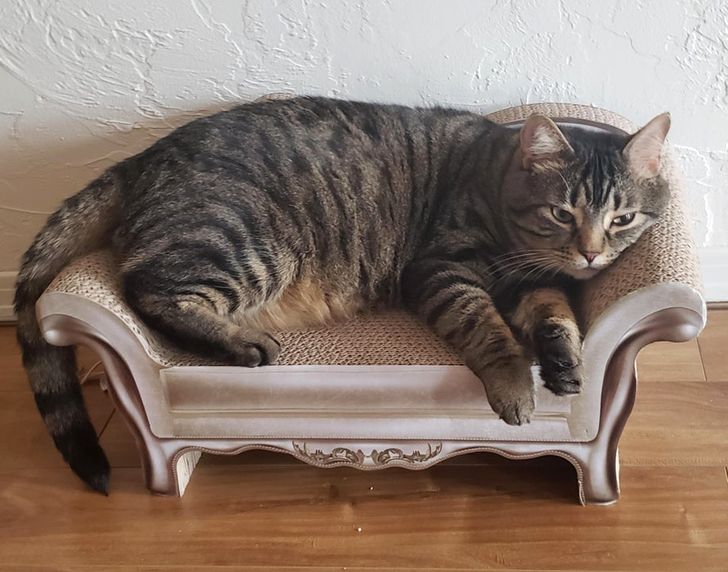 © SangriaShark / Reddit
#12 “You know your cat is spoiled when he refuses to eat his food in the kitchen and will only chow down where I’m eating too.” 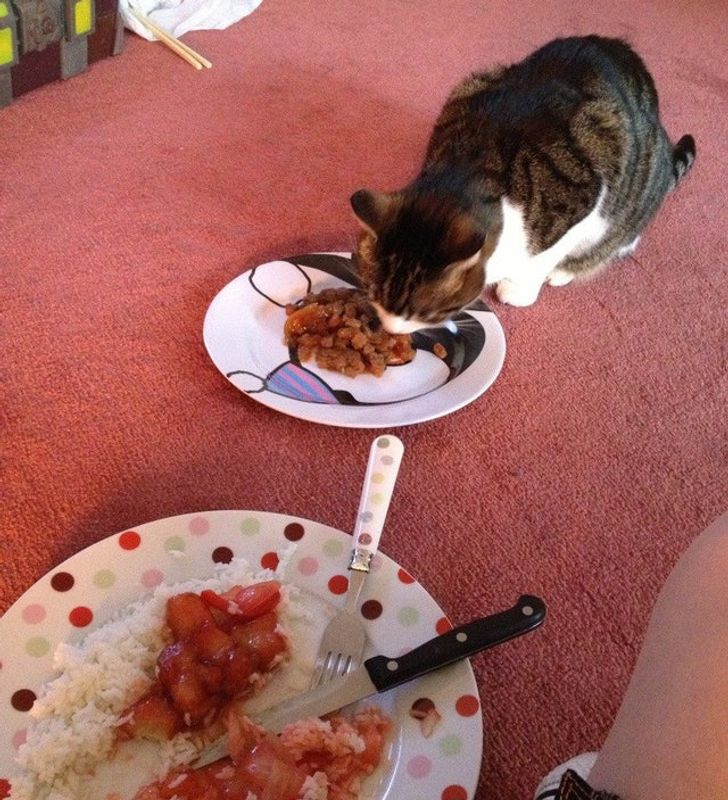 © Ireekofgeek / Reddit
#13 “She fell between my legs, trapping me for hours.” 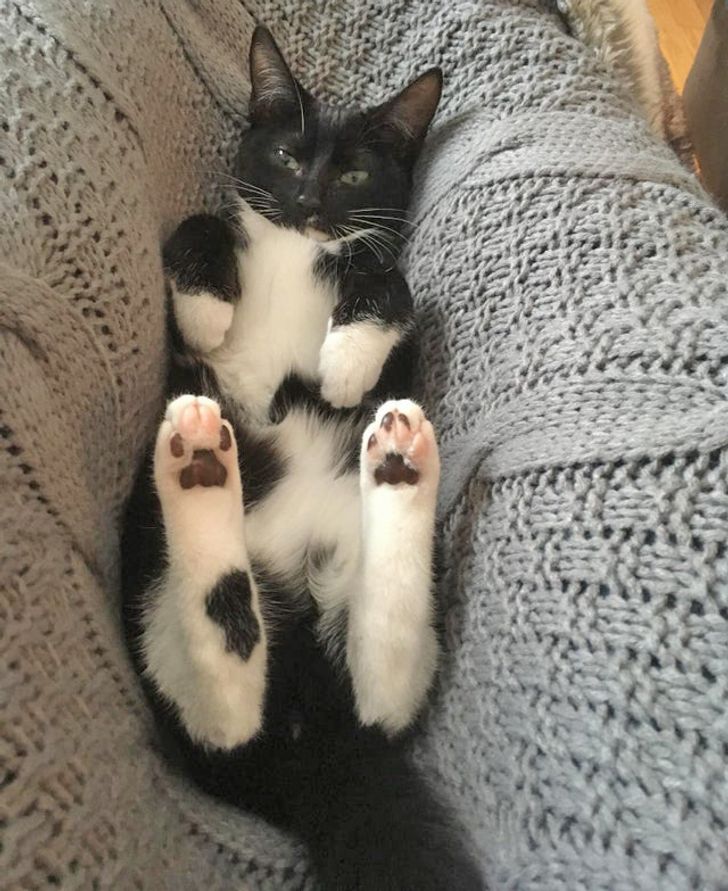 © smokeygizmo / Reddit
#14 “The most spoiled cat on the planet is the one who meowed at me until I laid out and turned on the electric throw. And then she promptly stole my spot.” 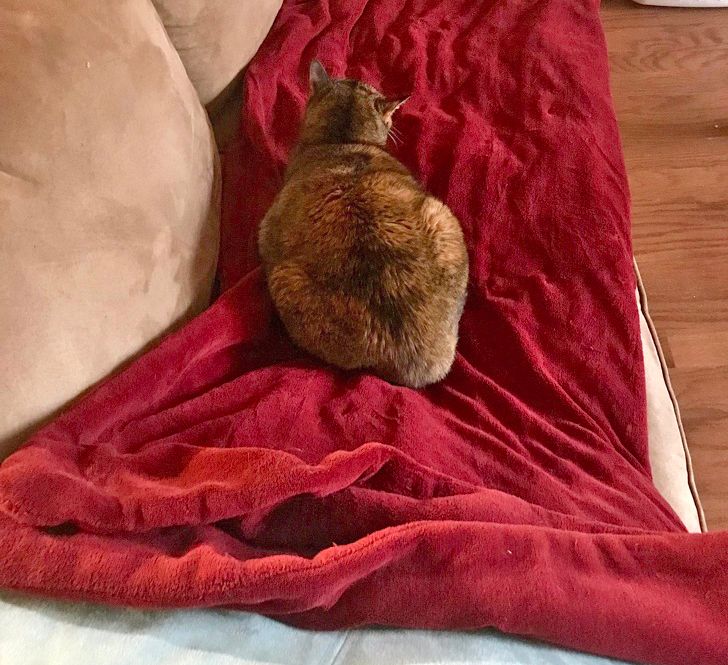 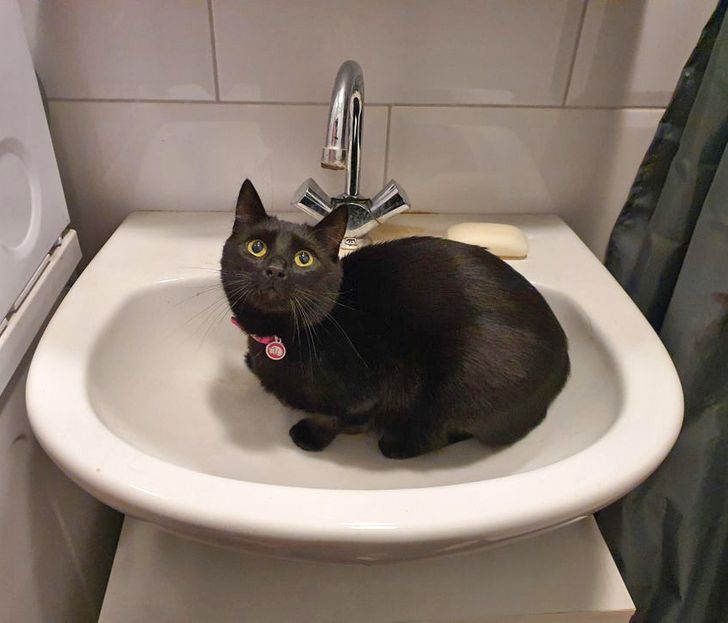 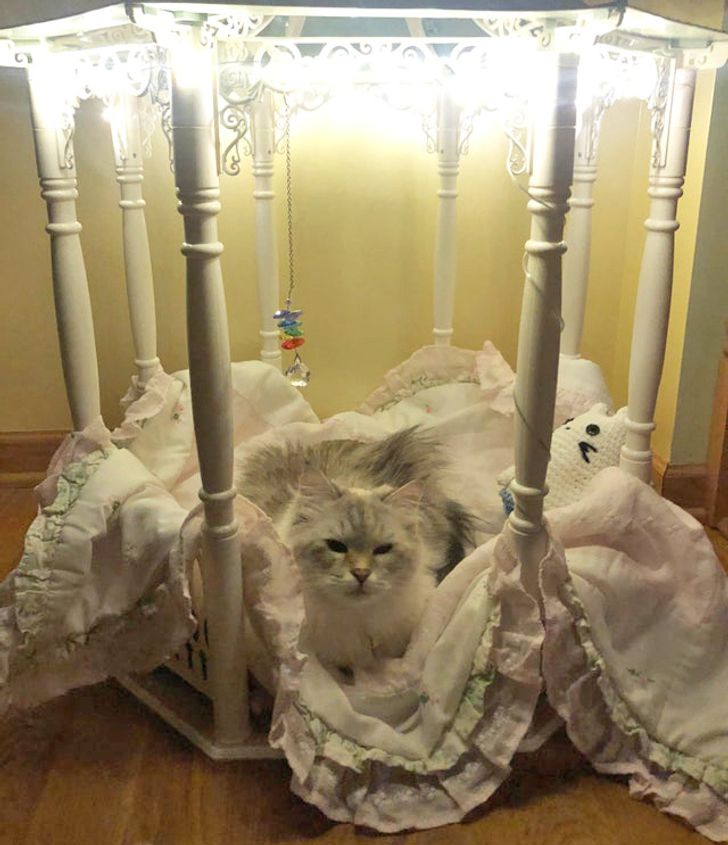 © lesbiancandles / Reddit
#17 “My boyfriend spent 3 months on an outdoor heated cat house for my guy. Hasn’t stepped into it once. 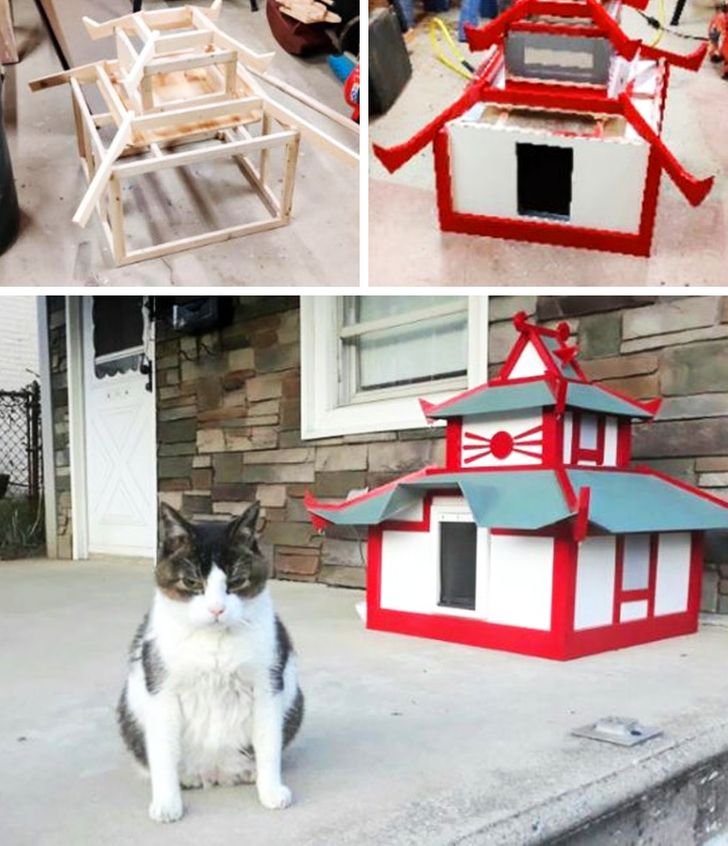 © bathtime85 / Reddit
#18 “After I stopped him from chewing on pencils, he decided he’d had enough of it and laid down on top of my book and pencils.” 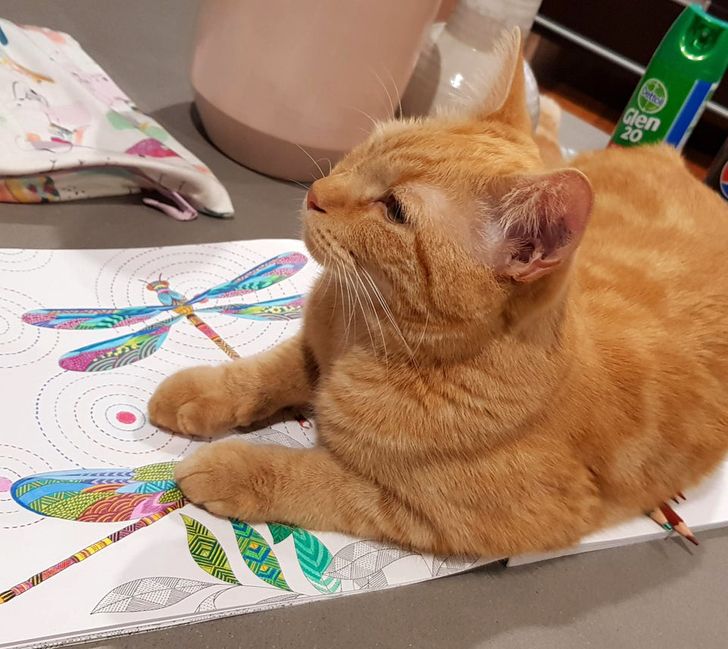 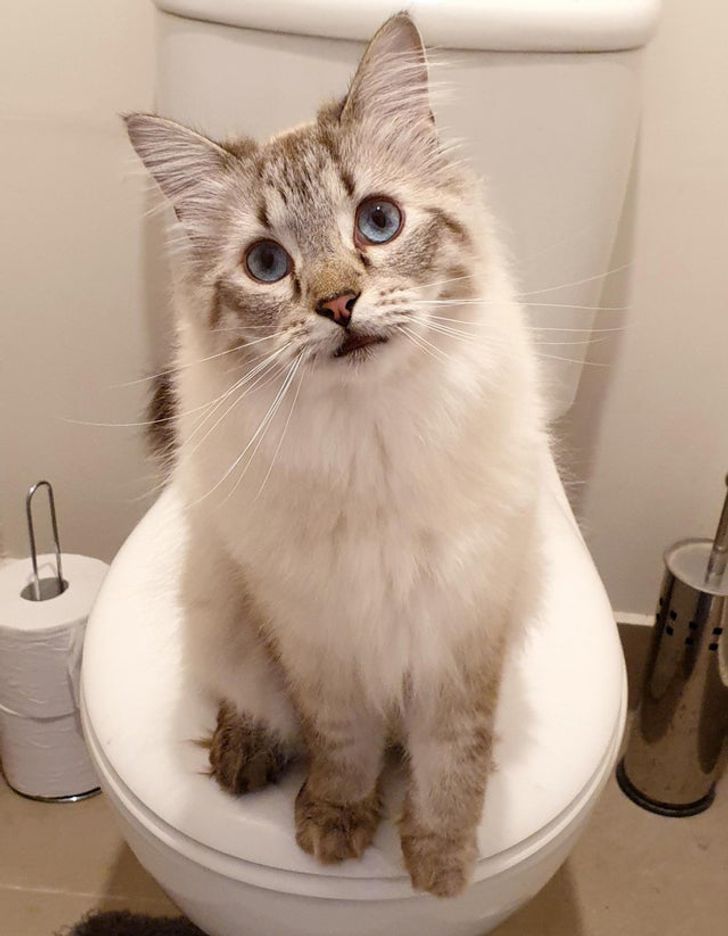 © lineypi / Reddit
#20 “I knew the cat was spoiled, but my mom just put a spoon of red caviar into his bowl, he ‘dug’ the bowl like he was covering it up, and walked away.” 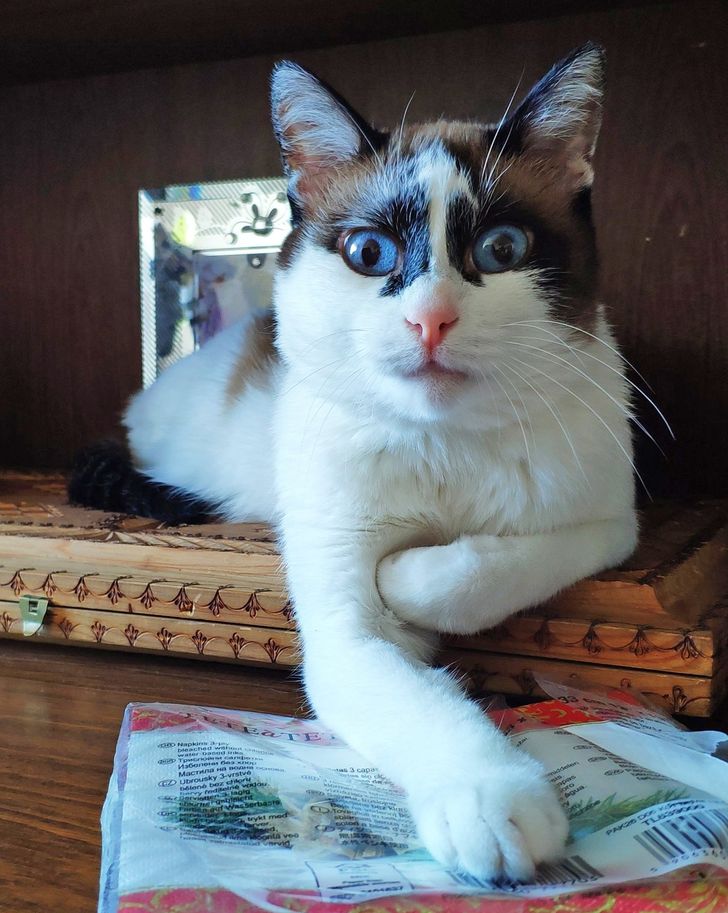 © cybernadja / Twitter
#21 “Today I spent an hour fixing Newton’s favorite toys. He hasn’t played with either since.” 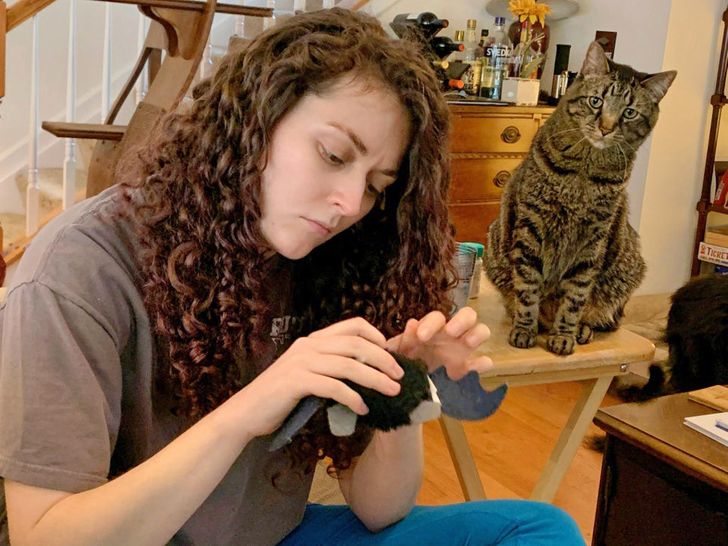 20+ photos show your pet is the real boss in the house, not even Christmas tree

[Yay or Nay] Man equipped his chickens with T-Rex arms

15+ Crazy Transportation Methods Which Surprised Us

20+ Amazing Pics Of Reality vs Expectations

10+ Remarkable Advertisements That Leave Their Competitors With No Chance

20+ Situations Where a Wedding Photographer Took Something Unexpected